In April 2018, we found ourselves between housesits with time on our hands for some exploring.

Logistically we needed to get from Aswan, Egypt to Pathos, Cyprus and had already booked a flight from Egypt to Athens Greece, (rather than fly all the way to the UK and back again).

Our host in Pathos, helpfully mentioned that Ryan Air flew from Chania, Crete to the Pathos airport relatively inexpensively. A little research and we had to agree, so what the heck – never been to Crete – lets check it out. It was only a short hop from Athens to Chania (pronounced “Han-e-ah”)

Yvonne started looking for places to stay, we had 10 days to spend and decided to spend the first four nights in the old port town of Chania.

It is always fun going somewhere new – especially if you have no preconceived notions or set pictures in your mind of what you will be seeing.

Chania is a wonderful place to explore. It is of strategic importance, situated as it is in the center of the Mediterranean. Thus it has it a very rich history, from the Minoans to the series of invaders who included the  Romans, Byzantines, Arabs,  the Venetians, the Ottomans and the Germans during the second world.

The “Egyptian” lighthouse of Chania which replaced the original Venetian lighthouse – circa 1595 to 1600.

The new lighthouse is  known as the ‘ Egyptian Lighthouse’ because it was re built during the 1800’s . Crete was occupied at that time by Egyptian troops who were helping the retreating Ottoman Empire against revolting Cretans (or should that be, Cretans who were revolting). 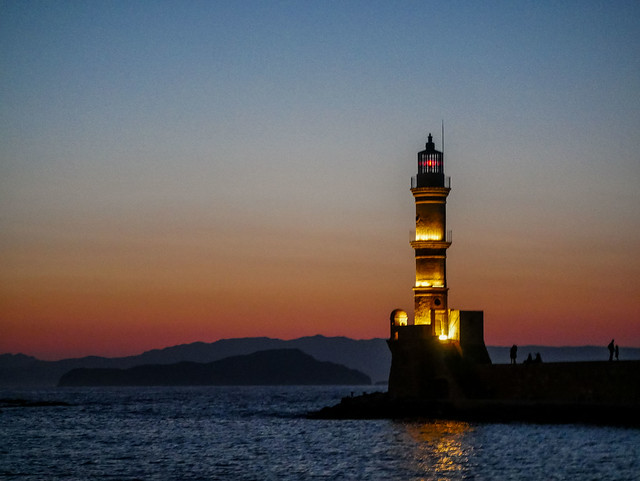 The lighthouse has been in various conditions of disrepair through the ages, it has been damaged by invasions, earthquakes, and bombings during the Second World War. The structure’s most recent renovation was in 2005.

The lighthouse is located at the end of a long breakwater which protects the harbour. 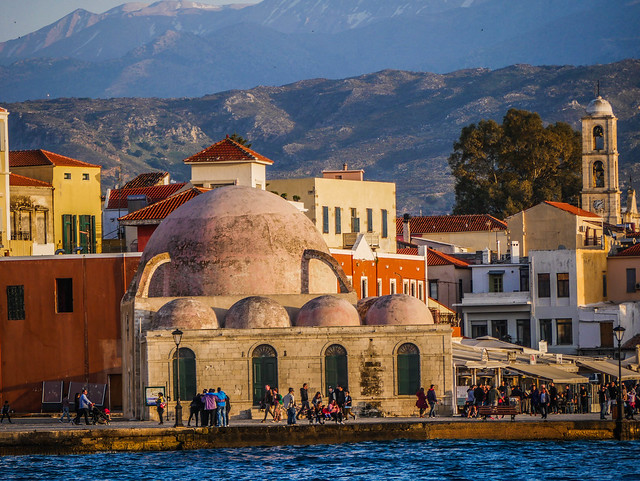 The Turkish Mosque Giali Tzami (derived from the Turkish “Yali Tzamissi” for seaside mosque).  Stands on the bank of the old Venetian harbour of Chania. It was the first mosque built in Crete after the Turkish conquest of the city of Chania in 1649. 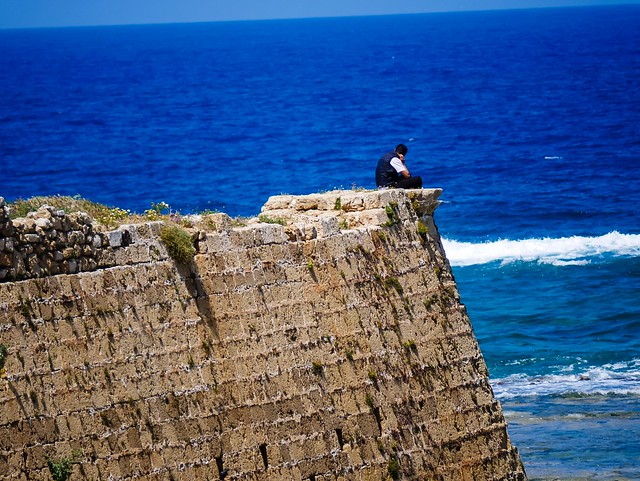 Old Town Chania is defined by a series of walls and fortifications which surround the city. The innermost walls were built in antiquity and fortified by the Byzantines. The outer walls were built by the Venetians in the 16th century. The city of Chania suffered major bombing damage during the second world war, however parts of both the inner and the outer fortifications remain. 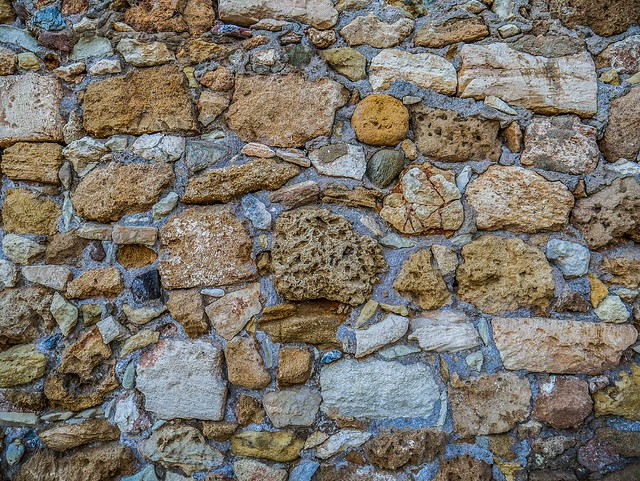 The real fun is wandering around the narrow maze of streets and alleyways. Around every corner there is another delight for the eyes – a funky doorway, an unique planting , an old moped or cool old motorcycle. Unusual architectural features abound in this Cretan town that oozes with character. 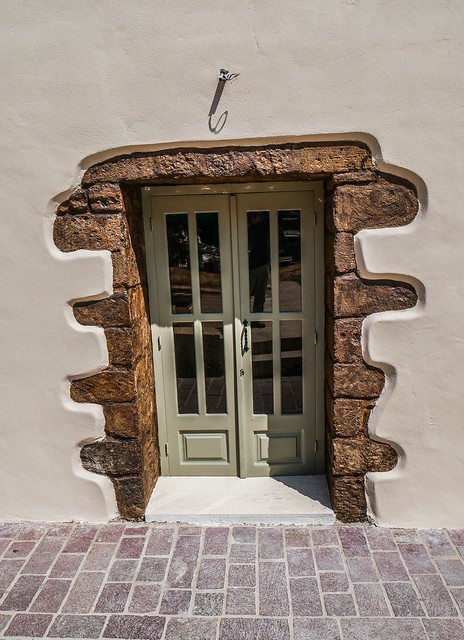 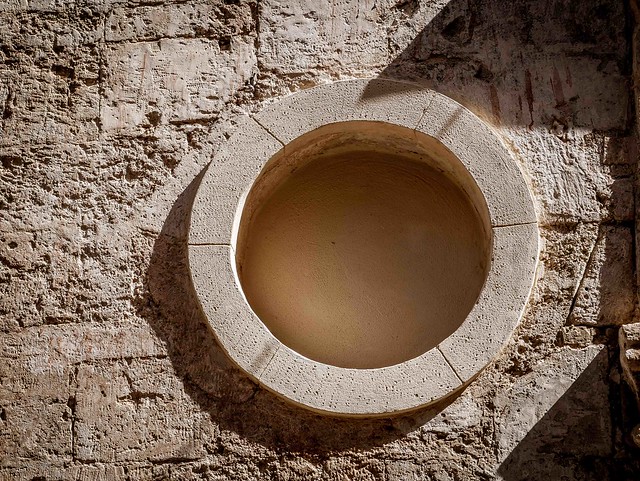 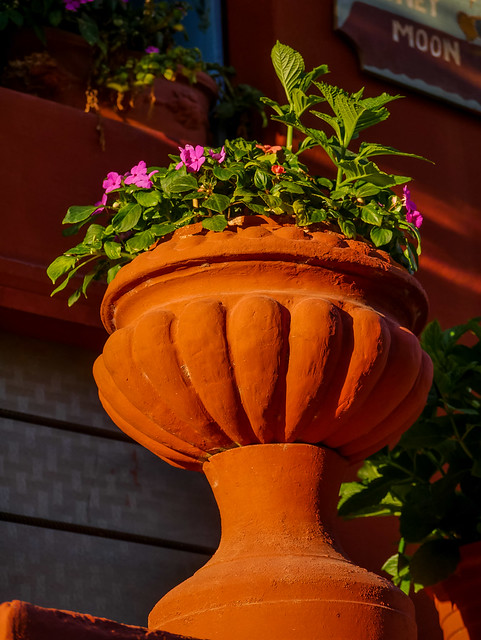 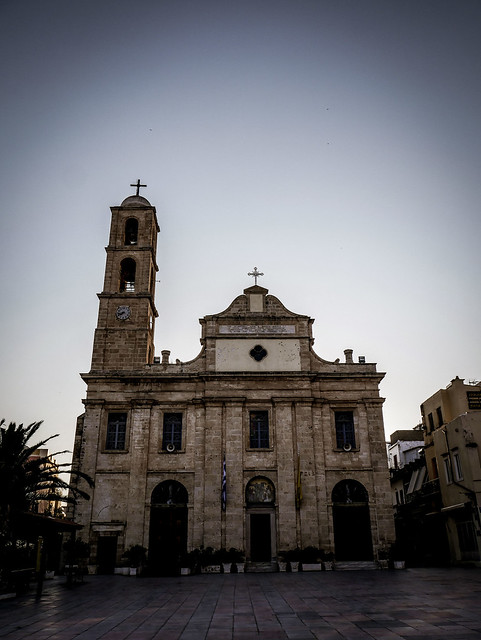 If you get the chance we highly recommend you visit Chania for yourself.

Previous post: House sitting around the globe. A 6 year retrospective.