Exploring Our Own Backyard

When we arrived in Vancouver in early March, we had no idea how rapidly our plans for the rest of 2020 were going to fall apart. We did of course know of Covid 19, and made a point of sterilizing hands and all around us on our flights. But we naively thought it was all going to blow over.

The first clue that this was not to be the case, was when West Jet cancelled our scheduled 22nd April flight to Barbados. This was closely followed by LIAT cancelling our onward flight to St Vincent. This of course meant that there was no way we were going to get to our first scheduled sit in Bequia, so we had to tell the owners that we couldn’t get there. They couldn’t go where they wanted to go either, so it was ‘let’s just wait and see where are are at in a few months’ time’.

It soon became obvious that Covid was going to be a game changer for us. Our jet setting, pet sitting lifestyle was just going to have to take a back seat for a while. So ‘what do we do’ became the phrase that passed our lips many, many times.

The reality was that our ‘wing clipping’ was fortuitous as it was a tough time for some of the family. Us being around for an extended period was a blessing all round. However we didn’t want to move in permanently with the family. So we found ourselves an Airbnb nearby, which worked perfectly, as we had our own space (a drop dead gorgeous view) and were just a few minutes from home. Plus it gave us some breathing room to figure out ‘what next’.

What was next was a message out of the blue offering us a 5 week ‘sit’ in Nanaimo on Vancouver Island. We jumped at the chance, as we would be just a short stroll from the beach and gave us an opportunity to check in on our rental property. It was a win win all round, although a little fraught as it was the first time doing a ‘handover’ during a pandemic. With the help of our (new to us) trusty little van and some of Mike’s handiwork, we could learn the ropes and then sleep overnight in the van. This saved us from having to share the same space as the owners before they left. Once they had gone, out came the sterilizing wipes and we did a methodical run through.

Whilst in Nanaimo we caught up with several friends (even some we had not met in person before) and got to explore a big chunk of the island. The visit to Buchart Gardens was a highlight, as was exploring the Malaspina galleries on Gabriola Island. These galleries are visual reminders of what wind, water and waves can do to sandstone and are well worth a visit. 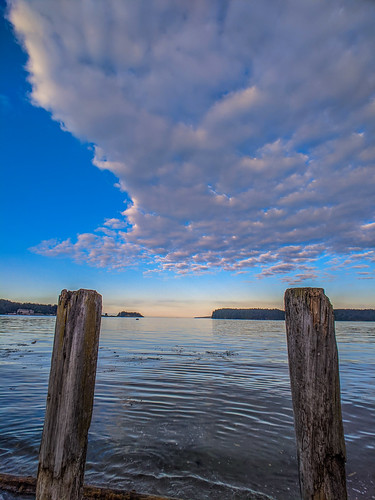 Whilst in Nanaimo, Covid restrictions were eased and whilst international travel was frowned upon all Canadians were encouraged to vacation in their own province. This resulted in an uptick in the number of housesitter wanted ads being posted. Not a huge upturn but there were a few that took our fancy, after all why not explore more of our own province?

Within a couple of weeks we had booked another three housesits and were thrilled as we had some new animals to care for and would see places we had never been to before.

Our first rural sit was near Golden, BC on a beautiful acreage lot, sandwiched as it was between the Rocky and the Purcell mountain ranges. Home for the next few weeks was a comfortable log cabin with huge windows and deck overlooking the ever-changing Columbia wetlands.  Our charges were two cute cats and two horses Chocolate & Vinny and a very rotund donkey named Pumpkin. They were easy to care for, just requiring some feed twice a day, although Vinny as a senior had a special supplement, given to him away from the others.  He was a sweet easy going soul and after eating his special mix, he loved nothing better than checking out the garden around the cabin for some tasty nibbles. 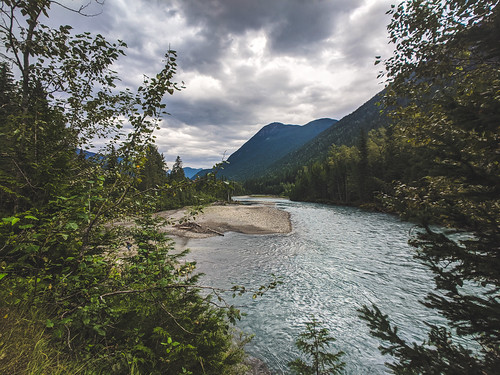 Pumpkin managed to live up to his reputation as an escape artist and would sneak out when the gate was opened for Vinny. I missed the escape but did catch Mike chasing after him. After doing a complete circuit of the cabin and the vegetable patch (always just out of reach), Pumpkin decided to go back in himself. But only after a high double kick of his back legs, along with a very loud fart. What a character!

After wrapping up our sit, it was home to Kamloops for a pit stop, before heading to our next sit in a very nice suburb of Langley. We don’t often do city sits, but this had the advantage of some new critters to care for and enabled us to get some appointments done in our old home town. For this sit we had two cute dogs, one cat, two budgerigars and two cockatiels. We haven’t cared for many birds previously so it was a good opportunity to get the experience. The cockatiels did not take to me, but would happily sit on Mike’s shoulder, so he is the ‘bird whisperer’.

Our final sit of the summer, had to be the highlight. We were to spend almost a month near Bridge Lake in Caribou County. The property had been developed over the years by a delightful couple who originally hailed from Switzerland. The acreage (overlooking a lake) consisted of paddocks, chicken run and coop, two greenhouses and a large vegetable patch, along with the house and various other outbuildings.

Our charges were Joey a very hyper Spaniel who vibrated with energy, four cats (three of whom were hunters and not averse to bringing their prey home). Plus we had ten goats, one alpaca and eleven chickens that provided us more fresh organic eggs than we could eat.

I must be a farm girl at heart, because I thoroughly enjoyed pulling on my wellies to go out and feed the goats their morning hay. Then I would go over to the greenhouse to harvest the day’s tomatoes, peppers, squash, beans, lettuce and herbs. Later on in the day we would check on the chucks and collect the eggs, before heading over to get what we needed from the vegetable patch. All of this would be watched closely by the herd, just in case I had some interesting titbits for them. If treats were to be had, they would rush over and jostle for the best pickings with even the kids getting braver by the minute. 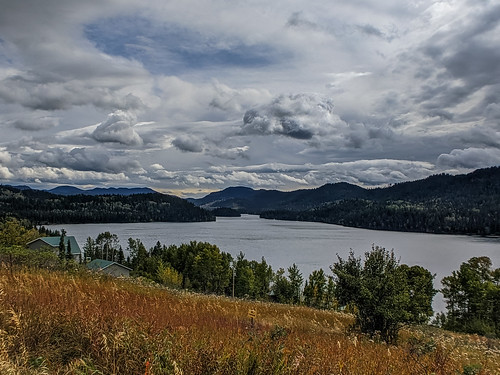 In our last few days here we had our first snowfall, which bought out some of the local wildlife. We knew we had a foxes den on the property but had not seen them until we spotted one hunting in the vegetable patch. We also knew that a momma bear and her cubs had been seen several times lakeside, so chose to keep Joey well away. Although we did see muskrats more than once, swimming by the shore line.

Our time was soon at an end, we said a fond farewell to the owners and clutching gifts of handmade goat milk soap and alpaca socks it was back to ‘the Loops’ once again. Autumn was well under way and ‘sits’ had dried up, so as we still had more places we wanted to see we took a rental in the Okanagan valley in Osoyoos. It was a beautiful spot overlooking the lake and a small beach.  From our vantage point we could watch the sun come up while flocks of geese, ducks and coots’ foraged for food. The town’s residents also used this spot for theirs and there dogs exercise. This area is famed for its vineyards and yes we visited a few! Long walks in the surrounding area rewarded us with some stunning shots and priceless memories.

The summer/autumn of 2020 was nothing like it was supposed to be, however we thoroughly enjoyed the chance to explore just a little of our own backyard. It is indeed Beautiful British Columbia. 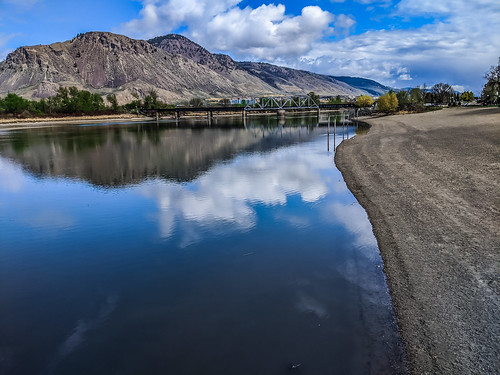