Cuba – The Art of the Scam

Havana, our first stop in Cuba, a city of 2 something odd million people felt very safe. Between us Yvonne & I have traveled in over 70 countries and have shared the experience of being mugging victims (see “How to Show a Girl a Good Time “) . Years of travel experience has allowed us to develop a good set of situational awareness skills (our Spidey senses as Yvonne and I call them).

I felt super at ease in Havana – I guess the ‘cruisy’ feel has something to do with Cuba being essentially, a Police State. One Cuban street hustler–trying to sell us a horse drawn carriage ride–joked that Havana is safe “because it has 2 million people and 3 million police”.

The reality is (my perceived reality anyways) is that even though violent crime is virtually non-existent, there are more than a few Cubans who will attempt to ‘talk you out of your money’.

Some Cubans are artisans when it comes to scamming tourists. The first scam from my perspective – is a state sanctioned scam in the form of the tourist currency – the CUC.  Cuba has two official currencies, the Peso which is the currency Cuban Citizens are paid and used for everyday purchases. The second currency is the Cuban Convertible Peso aka the CUC. The CUC is used for foreign exchange, for Cubans to purchase luxury goods and for tourism. The fixed rate is 24 Pesos to the CUC.

The CUC is also a political instrument – while officially being pegged 1:1 to the US dollar it has been subject to surcharges when converting from US dollars, depending on which way the political wind is blowing. Currently there is a 10% penalty charged when exchanging US dollars cash, plus a 3% currency exchange fee so, you will only receive 87 centavos CUC for one US dollar. Therefore, take Canadian dollars, Euros or Pounds Sterling to Cuba. Also note that US Bank Debit Cards and Credit Cards will not work in are not in CUBA – so you can leave home without it – Sorry American Express!

The CUC has no value outside of Cuba. You cannot exchange them, so don’t take them home with you. There are exchange offices at the Havana airport, which will change them back – but the long line ups deter many. If you do have CUC’s left over, the airport stores will be happy to take them in exchange for airport priced coffee, cigars and souvenirs. Alternately if you every wanted to burn some paper money – here is your opportunity! 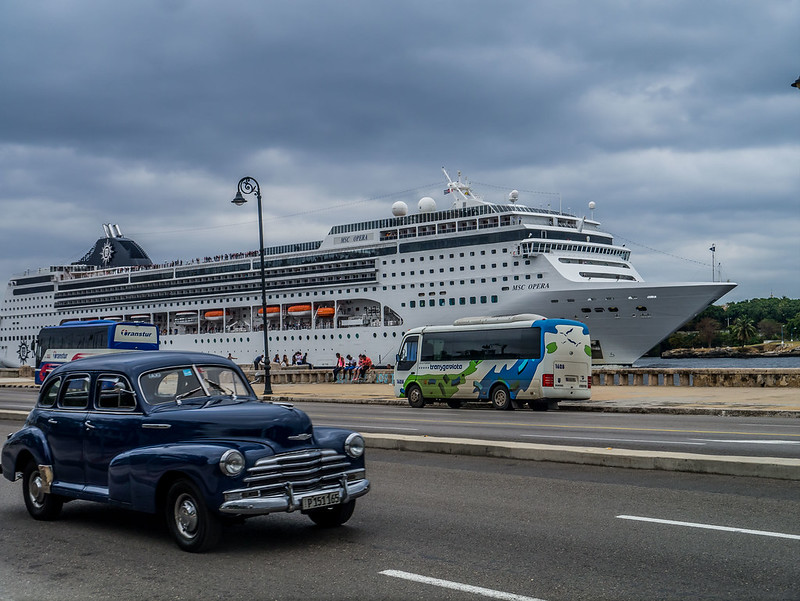 It is possible for visitors to use the Cuban Peso the CUP, once you get out of the touristy areas, although you may come across resistance. Doing this will drive the price down significantly – by 24 times to be exact!

The state scam does not stop at the currency. It seemed like everything was for rent – want to see the National Monument – scowling soldiers will first herd you into a kiosk collecting CUC’s. Want to see the National Cemetery? Hey buddy you got to pay to get in there as well (the equivalent of $5.75 US dollars in fact). Paying to get into a cemetery seemed kinda creepy to us, we decided to pass on the experience. 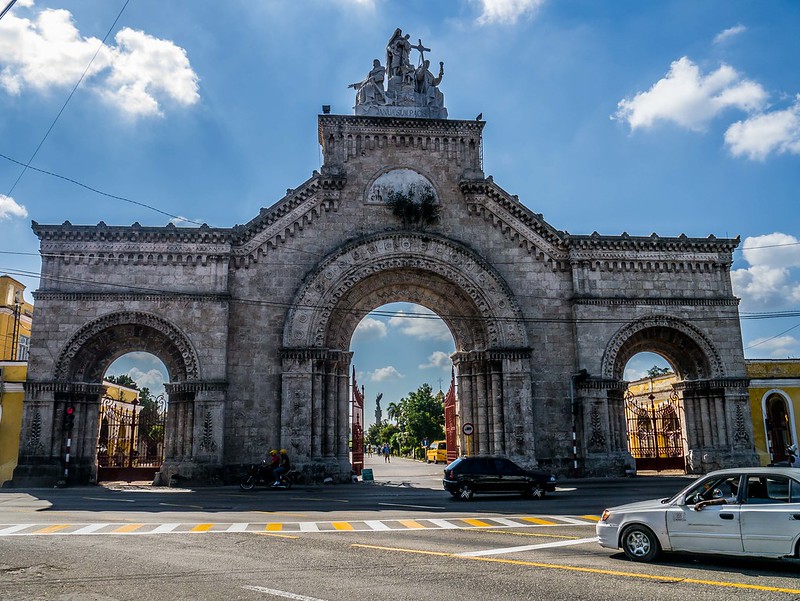 We were warned about conducting any business transactions on the street, such as changing money or buying cigars etc. The long and short of it is that you could well end up with the shit end of the stick if you do in most cases. If you think the fellow selling you cigars is giving you a screaming deal, think again. You will probably end up buying a fancy box of wooden sticks wrapped in tobacco, or buying cigars made of banana leaves.

The Cuban people are known for being friendly – however if someone is being too friendly you are probably going to end up getting hosed. We have heard stories about visitors being invited into someone’s home, where they are fed and filled with rum. The host then sells “discount” tickets to the Tropicana Show. When the tickets are presented at the show door the purchaser discovers….. first that the tickets are valid for Cuban Nationals only and secondly, the seller does not live at the home where they were purchased. So of course there is no recourse. Chalk that one up for experience!

A favorite scam of Coco taxi drivers, pedicabs, and regular taxi drivers is the ‘Per Person Scam’. This underhanded scam seems to be the default when catching a ride in Havana. You negotiate a price (you are probably paying way too much anyways!). When you get to your destination and pay the driver you get the No! No! No! that price was per person! We usually just gave the driver the price that was negotiated and ignored the ranting and raving. After this scam was pulled on us–for the third time in one day–we had had enough, we wanted to get the Fek out of this money grubbing town!

After a week of  exploring the stunning architecture of Old Havana, breathing in exhaust fumes and dealing with the scammers,  plus going into WIFI withdrawal, we decided to go to Varadero and find an all-inclusive on the beach. We were in need of  some R&R, somewhere we wouldn’t feel that we had to fight for everything and constantly be on the watch for scams and rip offs.

The proprietor of the Casa Particular we were staying with in Havana, told us about Club Tropical which in his words was “the best hotel in Veradero right on the beach and wonderful”. He also told us that the price was about CUC 45 per person per night all in (mas o menos).

He also gave us a tip for getting a good price on the room. He advised us once we were at the hotel, to go to the travel agent in the lobby around the corner from the front desk and ask them to book the room. Our mistake was that we first went to the front desk to see if there was availability. There was and the price was 75 CUC per person per night (almost twice what we were originally told). So we proceeded to the tour agent around the corner who quoted us 42 CUC per night. We said we were interested and the agent went to the front desk to process us and surprise, surprise all of a sudden there were no rooms available.

Already somewhat jaded from our experience in Havana, this summed up what being a tourist is about in Cuba – you are just another walking ATM. Needless to say we did not stay at the Club Tropical.

Feeling like walking cash dispensers who had to be on guard all the time, did leave a bad taste in our mouths – just like a banana leaf cigar.

We are glad we went to Cuba. It is a cool place to visit and on the whole we found the Cuban people to be truly warm, friendly and helpful. However Cuba, like any other destination where there are boat loads of tourists , will also have those who scam, swindle, and con.

Next post: Exploring the Galapagos on the Mary Anne Part III